Meet the Truckers Who Helped Save a Life

In their roles traveling across the country, truck drivers are on the front lines of things many Americans never encounter. Law enforcement relies on them heavily to spot signs of drug trafficking, human trafficking, and prostitution, and they are the eyes and ears on the road during Amber Alerts. Truckers showed their importance to society once again when a group of drivers came together to prevent a man from committing suicide. Here is a look at the incident and how the drivers worked together to save a life.

I-696 Overpass in Detroit

In April 2018, a man contemplating suicide climbed onto an overpass on I-696 in Detroit, Michigan, near the Coolidge exit. He intended to jump onto the highway. People noticed the man on the overpass and called the police, who closed the highway in order to try to talk the man down. While they negotiated with the suicidal man, they called on truckers in the area for a hand.

Police asked the truck drivers to line up their vehicles under the overpass. With the trucks in place, if the man jumped, the vehicles would break his fall, and he would likely survive. Thirteen truck drivers who were in the area heeded the call and parked their vehicles underneath the man. They waited there for two hours while the police talked to the man. Eventually, the police were able to convince the man not to jump and to seek help instead.

All in a Day’s Work

Photos of the trucks parked under the overpass went viral when trucker Chris Harrison, and the drivers were lauded as heroes. However, the public was surprised to learn that the police officers in the Detroit area had been relying on truckers in this capacity for over 20 years. They simply had never received any attention before.

With a career as a truck driver, you earn a good living while seeing the country and making a difference. Let HDS Truck Driving School help you earn your CDL in Tucson and start your new career. For more information, call (877) 205-2141. 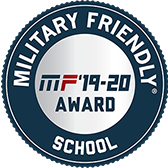 Get your CDL with HDS Truck Driving Institute and you can be on the road in as little as 4 weeks.