Explore the History of America’s Interstates

Can you imagine a world without interstate highways? The Interstate Highway System was only in the planning stages about a hundred years ago, and it took decades for it to resemble the roadway system we use today. Keep reading and explore the history of America’s interstates.

Preparation
The Federal Aid Road Act of 1916 attempted to dedicate money to the road system, but World War I got in the way. After this law expired, the Phipps Act, or the Federal Aid Highway Act of 1921 was put into place, which also aimed to put funds towards highways. There was a greater need for a highway system as more and more people started driving motor vehicles, so many parkways and highways were developed throughout the 1920s and 1930s. President Dwight D. Eisenhower was a big proponent of roadway construction, especially because of the positive effect it would have on the military.

Construction
It wasn’t until 1956 that the Interstate Highway System as we know it began to take form. Interestingly enough, three states—Missouri, Kansas, and Pennsylvania—all claim to be the originators of the first interstate highway. In late 1992 the Interstate Highway System was “complete” thanks to I-70 in Colorado, which featured numerous bridges and tunnels, but there were still other parts of the system that weren’t contiguous.

When you earn your CDL in Tucson, you’ll get to know America’s Interstates firsthand. HDS Truck Driving Institute helps students find jobs in the trucking industry by preparing them for their CDL tests. Give our office a call at (877) 205-2141 today. 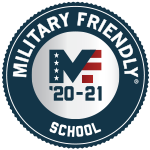